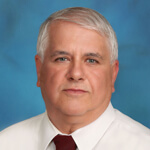 In addition to setting divisional policies and procedures, Harry is responsible for developing business plans, forecasts, and projections, as well as managing profit and loss. He also oversees all aspects of fiscal management and contract administration.

During his tenure, he established the company's datacom division. This significantly broadened the firm's offerings and areas of expertise, while giving clients a single source for all their electrical contracting needs. Overall, Harry's years of experience, vast knowledge of the industry, and sound strategic decision making continue to maintain the company's position as one of New Jersey's premier electrical and communications contractors.

Harry started with Forest Electric as a consultant and worked his way up through the ranks, serving as general manager and project executive before becoming executive vice president. During that time, he helped rebuild the company's New Jersey operation into its current role as an industry leader, helping them secure multiple contracts from Fortune 500® companies.

Prior to joining Forest, Harry was vice president of Saturn Electric. There, he oversaw major contract negotiations, including reviewing and finalizing all estimates. In the process, he played a significant role in growing the business by 50 percent in a very competitive market.

Harry holds a bachelor's degree in electrical engineering from Farleigh Dickinson University. He is a former president and governor of the Northern New Jersey Chapter of the National Electrical Contractors Association (NECA), for which he currently serves as secretary. He is also a trustee of NECA's International Research Institute and a former chairman of the finance committee, pension and executive committee, and special committee on negotiations. In addition, he represents NECA to the National Fire Protection Association and on the National Electrical Code Panel. He is a former trustee and current chairman of the board of the New Jersey Subcontractors Association (NJSA).

Harry is married with two daughters. He has been a longtime youth football coach in his community and also enjoys fishing, hunting, and enjoying the New Jersey shore.